The CMD of Centum Group, Mr. Apparao Mallavarapu, participated in the Exclusive Round table meeting “Economic Attractiveness of France in the context of Brexit” organized by Business France India last friday. This event also brought together Mr. Jean-Yves Le Drian, the French Minister of Europe and Foreign Affairs who was on official visit to Bengaluru, India, Mr. Ross McInnes, special envoy of the French Government and Mr. Lenain, Ambassador of France to India. 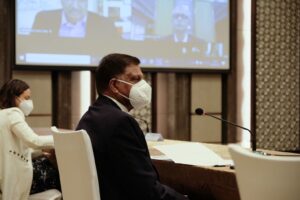 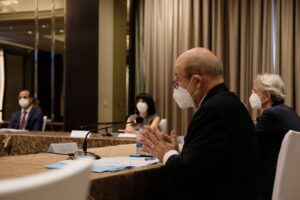 This meeting was the occasion fir Mr. Minister Le Drian to discuss about Economic Attractiveness of France with Indian CEOs and to underscore France’s economic resilience during the pandemic & growing attractiveness for Indian companies. With massive recovery plan, high growth forecasts, & Brexit, France is more than ever India’s gateway to European Union. 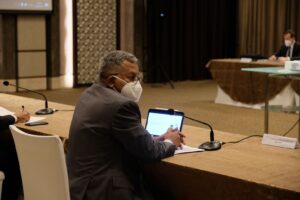 It was an honour and privilege for Mr. Apparao Mallavarapu to be a part of this Exclusive Round table meeting.

This website uses cookies to improve your experience while you navigate through the website. Out of these cookies, the cookies that are categorized as necessary are stored on your browser as they are essential for the working of basic functionalities of the website. We also use third-party cookies that help us analyze and understand how you use this website. These cookies will be stored in your browser only with your consent. You also have the option to opt-out of these cookies. But opting out of some of these cookies may have an effect on your browsing experience.
Necessary Always Enabled
Necessary cookies are absolutely essential for the website to function properly. This category only includes cookies that ensures basic functionalities and security features of the website. These cookies do not store any personal information.
Non-necessary
Any cookies that may not be particularly necessary for the website to function and is used specifically to collect user personal data via analytics, ads, other embedded contents are termed as non-necessary cookies. It is mandatory to procure user consent prior to running these cookies on your website.
SAVE & ACCEPT
Play Our Corporate Film